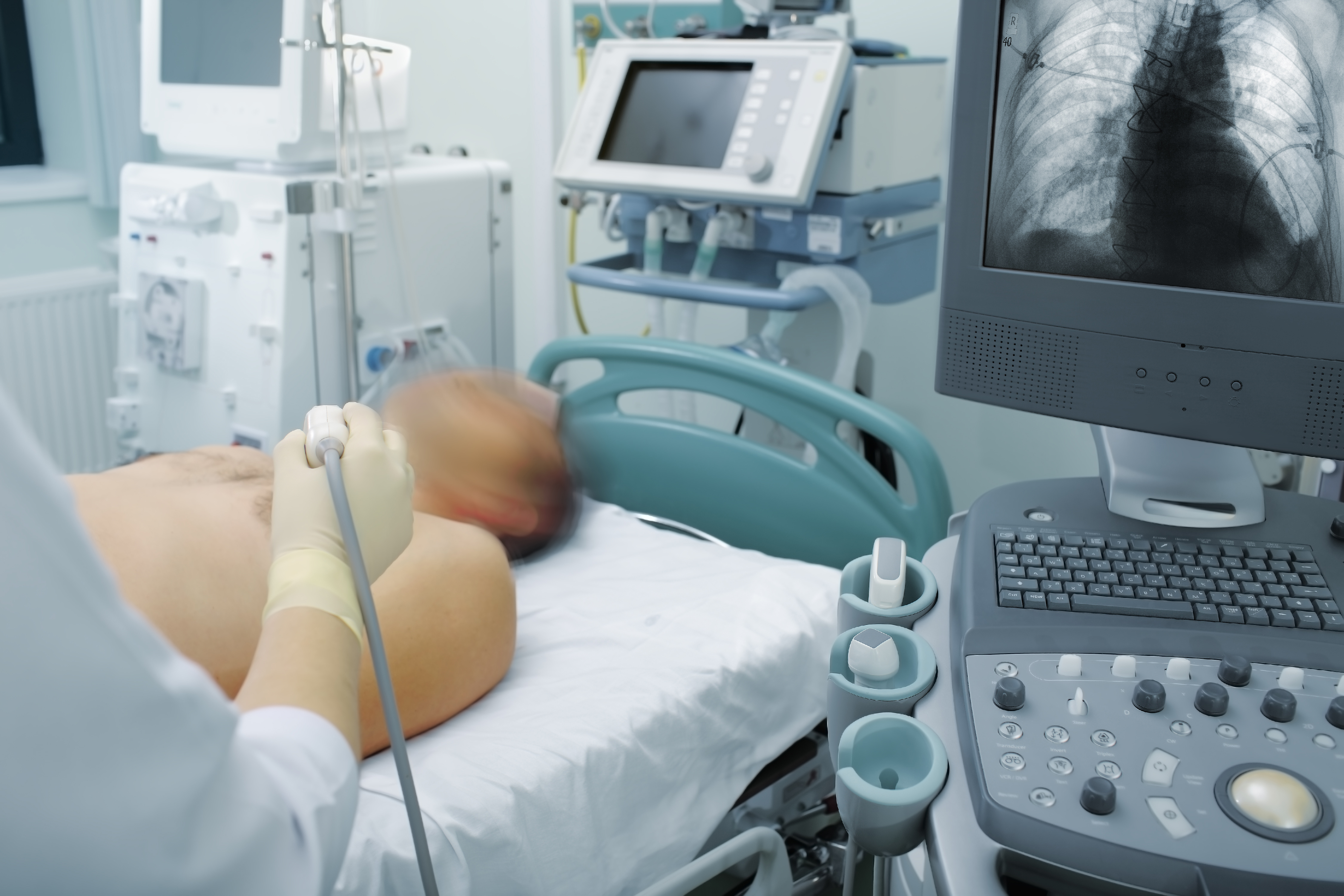 Technological advances in ultrasound machines have helped them make inroads into various branches of the medical field. Their potential applications have expanded from routine and simple investigations to diagnoses of major ailments and interventional procedures. Ultrasound machines can now diagnose even a fatal and underdiagnosed medical condition like pulmonary embolism.

Here we explore the benefits that ultrasound machines offer over other technologies in diagnosing as well as treating pulmonary embolism, along with their limitations and relevant research findings.

What is Pulmonary Embolism?

Pulmonary embolism (PE) is a sudden blockage in one of the pulmonary arteries in the lung, usually caused by a blood clot. Since blood clots can block blood flow to the lung, PE can be fatal unless treated promptly. As such, timely diagnosis of PE is potentially lifesaving and therefore, crucial in its treatment.

Why is Pulmonary Embolism often Undiagnosed?

The danger of PE lies in it being frequently underestimated, underdiagnosed, and undertreated. According to Mayo Clinic, about one-third of people with undiagnosed and untreated PE do not survive. Hence, it is crucial to diagnose and treat it promptly. The difficulty, however, lies in there being nearly no single diagnostic test that is noninvasive and with sufficient sensitivity for diagnosis in all suspected cases.

One of the diagnostic methods is a combination of clinical probability, ventilation-perfusion lung scanning, and lower extremity sonography. However, while lung scanning, computer tomography pulmonary angiography (CTPA), and pulmonary angiography are important for diagnosis, unfortunately these tests are not widely used, making them unavailable at emergency units. This makes it difficult to diagnose PE in emergency settings, which compels the need for an alternative bedside diagnostic test that is both easy and widespread.

What role can ultrasound machines play in diagnosing pulmonary embolism? Here we explore the diagnostic significance of transthoracic parenchymal sonography of the lung in patients with PE. Transthoracic Ultrasound (TUS) is advantageous in diagnosing PE in suspected cases, as it is cheap, widely available, and immediately accessible at patients’ bedside.

The most characteristic criterion in diagnosing PE is hypoechoic, pleural-based paranchymal alteration. While most of these lesions are wedge-shaped, they may also be polygonal or rounded. Doppler color ultrasound machines may help us explore lesions for additional diagnostic information.

Apart from CTPA and TUS, the other examinations performed on all patients were serum d-dimer level, echocardiography, duplex sonography of bilateral lower extremity veins, and arterial blood gases measurements.

Some of the pulmonary embolism ultrasound findings of the study were:

Techniques such as multislice CTPA are not feasible as these are costly, typically unavailable at every medical center, and these expose patients to potentially harmful radiation. Hence, diagnosing PE still poses significant challenges, especially in emergency settings. In addition, given the significance of a prompt diagnosis and treatment for PE, decisions about suspected PE cases need to be made in real time and that too, within a short span.

TUS helps resolve these challenges, as it is non-invasive, widely available, cost effective, and quick. Moreover, while a negative TUS result does not rule out PE with certainty, a positive TUS with a moderate to high suspicion for PE may prove to be useful in diagnosing PE at point-of-care situations, especially in emergency departments, resulting in immediate treatment decisions. Most importantly, however, TUS with a high sensitivity and accuracy in diagnosing PE, is a reliable screening technique for diagnosing PEs with a high sensitivity but substantially low specificity.

Rapid technical advances have resulted in ultrasound machine trends favoring increasingly compact sizes, lowered prices, and enhanced quality of equipment, all of which have broadened the scope of ultrasound applications. For instance, the ‘ultrasound stethoscope’ has spawned the use of point-of-care ultrasound (POCUS), that is, bedside diagnostics.

Going a step further is triple POCUS, which includes lung, heart, and leg vein ultrasound. It is a highly promising ultrasound area, enabling bedside testing and offering real-time dynamic images. Furthermore, the triple ultrasound being a multiorgan ultrasonography, is more reliable than single organ testing with a much higher accuracy. Therefore, in cases where CTPA is contraindicated or unavailable, the triple POCUS would be a more reliable alternative to CTPA than the single-organ ultrasound.

In a study conducted by Nazerian et. al., the diagnostic performance of triple POCUS (lung, heart, and leg vein ultrasound) was studied in 357 patients with clinical suspicion of PE with a Wells score greater than 4 or a positive D-dimer value. The study gave positive results, with sensitivity and specificity values of 90% and 86.2% respectively.

How to Ultrasound for Pulmonary Embolism

Finally, applications of ultrasound machines are not limited to merely detection of PE anymore but also extend to its therapy. The Ultrasound-assisted Catheter-directed Thrombolysis (USAT) is one such emerging therapy for patients with submassive pulmonary embolism, as per the research conducted at the University of North Carolina School of Medicine in Chapel Hill2.

In a prospective study of 61 patients with submassive PE, one group received therapeutic anticoagulation while the other received 8 mg to 24 mg of tissue plasminogen activator infused via USAT catheter. However, for selection for USAT, undergoing treatment for cancer was “the only significant clinical predictor.”

Three patients who underwent anticoagulation died within six months while two experienced bleeding. However, the second group that received USAT showed substantial improvements in RV dilation and RV dysfunction, on echocardiography. Hence, the USAT can be a safe alternative to anticoagulation for patients with PE. However, further studies on why patients with cancer are less likely to receive USAT, are needed.

How National Ultrasound Can Help

The fight against Pulmonary Embolism centers around the ability to diagnose it quickly and ultrasound devices can prove to be useful by facilitating this in an easy, prompt, and cost-efficient manner. Moreover, ultrasound machines do not cause radiation, making them a safe screening method for diagnosis of PE.

Our wide range of cutting-edge, affordable ultrasound machines from different manufacturers can help fulfill the demands of your practice accurately and efficiently. Contact a National Ultrasound professional today for a customized quote on any of our fixed or portable Doppler ultrasound machines.